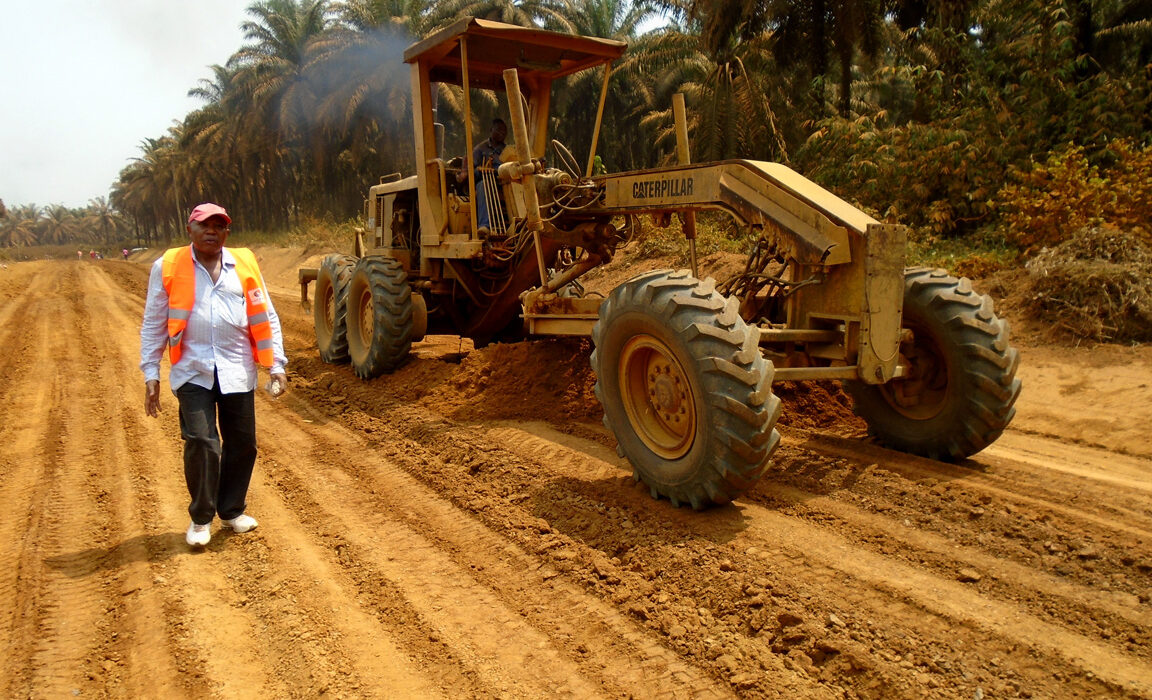 Cameroon’s roads are expected to receive better attention in 2017, going by the declaration of the Minister of Public Works. In 2016, 310.2 km of new major roads were asphalt, 1,950 km of earth roads as well as 2,450 km of rural roads of priority network maintained. The year witnessed a general improvement in road maintenance on the Yaounde-Douala-Limbe-Idenau, Bekoko-Nkongsamba-Nkam Bridge and Yaounde-Bafoussam.

The Minister of Public Works, Emmanuel Nganou Djoumessi, says this is a step towards achieving set goals, though projects like the Ebolowa-Akom II-Kribi, Dschang-Fontem-Bakebe and the Nguélémendouga-Doumé-Doumaintang are said not to be satisfactory. He promised that government’s sledge hammer will soon fall on such contractors, either in the form of warning notices or cancellation of contracts. “Many companies are unable to perform as required. Some keep requesting for extension of deadlines.

This is unacceptable and we are ready to terminate contracts of erring contractors,” the Minister stressed. In all, 4,814.74 km of road contracts received warning notification as part of the implementation of the 2016 road maintenance programme.

The remarks were made in Yaounde yesterday December 19, 2016, as Minister Nganou Djoumessi launched the 2017 road maintenance projects at a video conference with officials of the central and devolved services of his ministry. The exercise took the form of scrutiny, with all projects earmarked for 2016 revisited.

Focus was on the need to ensure that contracts signed in 2016, per network and per region were notified, work going on unperturbed and ensuing difficulties brought to the fore. 2017, will however see the maintenance of classified earth roads in all the 10 regions of the country.

Paved roads like the Bekoko-Loum-Nkam Bridge-Bandjoun, Foumban-Foumbot-Bafoussam and the Mbalmayo-Sangmelima will receive new coats of tar. Maintenance work on the Ngaoundere-Garoua road will continue while road assets will remain protected. The Minister announced that reconstruction works on the Babadjou-Bamenda road are imminent, with Sogea-Satom, as contractor.

Officials of the devolved services of the Ministry have been urged to take advantage of the Management by Service Approach, introduced by government recently, to speed up the rehabilitation of roads. — Source : Cameroon Tribune